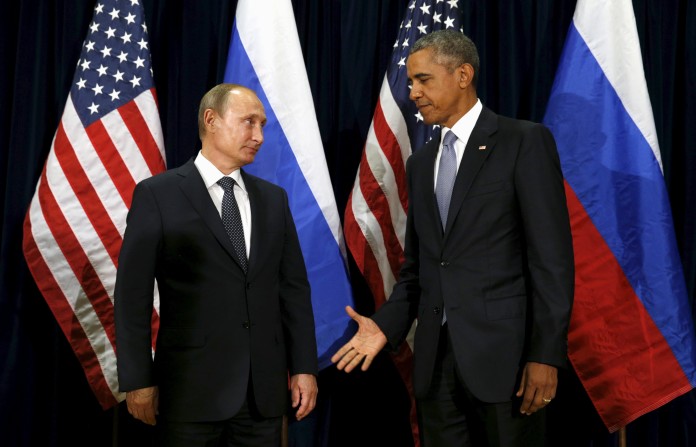 There are moments when history is made; when in a flash the future divorces the past and world moves into the next stage.

Tiny Georgia’s failed attempt to regain the lost South Ossetia and the Russian attack on Georgia appears a rather insignificant, self-contained conflict in the Caucasus yet this, little understood development, may mark the end of the America’s uni-polar moment.

Especially if you remember that this came within four weeks of a “double veto”, in the United Nations, by Russia and China against the sanctions being proposed by the US and UK against the regime in Zimbabwe. Robert Mugabe has certainly outlived his invitation on the world’s political stage; today, he represents a political disaster for Africa and for his people and there is no denying that Western and more specifically the British grievances against him have lot of substance. But the “double veto” was a clear message that Russia and China will not permit the US and its allies to expand their political space in Africa through a cocktail of human rights and regime change.

And now this conflict in the Caucasus adds to the evidence that the reaction against the US unilateral policies, especially under the Bush regime, is fast developing and will quickly bring us into a multi-polar world that will replace the US hegemony with a contest of wills between rival centres of power. And Russia, China, the European Union and India are clearly visible on the scene.

Since the collapse of the former Soviet Union, the US and its allies have maintained an exclusive right to organised violence against state and non-state actors. In this uni-polar world US and its allies have repeatedly used force to shape things as per their needs. Every use of violence was justified by a convincing paradigm and whenever an existing paradigm was not helpful a new paradigm was conveniently invented. But all of this luxury may soon come to an end.

So what has happened? Basically four things: One, for the first time since 1990 a non-US supported power i.e. a resurgent Russia in this instance, has attacked and humbled a sovereign country, a country allied with none other but the US; second, despite its encouraging Georgia to take rash actions against the Russian backed South Ossetia when the crunch time came the Bush administration could do little to rescue its tiny friend; third, despite its utmost urgings the US allies, inside Nato, are not prepared to take a strong stand against Russia and fourth the moral arguments Condoleezza Rice, Europeans and US policy makers are advancing against Russia look like sick jokes. And this last part may be the most important. When Condoleezza Rice and her European supporters use words like: aggression, sovereign country, disproportionate use of force, they sound like farcical characters in a dark comedy.

After all can we forget: these are precisely the people who have waged or blindly supported wars of naked aggression and regime change against helpless sovereign countries like Iraq leading to the death of more than a million people; actively supported or maintained tactical silence when Israel committed disproportionate use of force against Lebanon in its 2006 attack and are encouraging the concept of pre-emptive strikes against Iran without the slightest evidence of an Iranian desire to wage a war. Ironically even today’s celebrated victim, Georgia, had lent support to the US occupation of Iraq by sending its own troops there.

In its simplest terms Putin’s resurgent Russia is now only holding a mirror to the US and Nato powers and though there is no shortage of the run down rhetoric from Washington and London, the West in reality has no argument in its armour. Everything it once had was sacrificed at the altar of exploiting the uni-polar moment. That disproportionate nature of the world had to end at some stage but the Machiavellian policy the West adopted — of relentlessly pushing for strategic gains under the garb of democracy, human rights, collective security, war against terrorism and other fancy slogans — could only hasten the process by exaggerating the insecurities of others.

In the June issue of Foreign Affairs, Kishore Mahbubani, the dean of the Lee Kuan School of Public Policy, in the context of globalisation, had argued that the West has started to suffer from self-deception. I will argue that the West’s self-obsession has reached to the point where even the Western scholars and commentators not to talk of the policy-makers have started to believe in their own strategic propaganda. Naturally with this mind set anyone who disagrees, looks “ridiculous” or simply not getting the fine point. It is precisely this state of mind in which the West expected Russia to understand that entry of Georgia and Ukraine in Nato is not against Russia but to bolster the European security; missiles being erected in Ukraine and Poland are not against Russia but to intercept missiles coming from rogue countries like Iran and so on.

The uni-polar moment is ending. It may soon lead to corrections and adjustments in other areas. And one such area is the falsely defined war against terrorism. Seven years and two US administrations have gone by chasing a charade that increasingly looks like a Christian crusade against the Muslim religions and cultures. The continuing US presence in Afghanistan now appears more of a strategic design on Central Asia and Pakistan rather than what it was sold as: war against Al Qaeda. Like everything else on this planet, that also cannot go endlessly.

A new US administration is expected in White House. We hope it is democratic in name and spirit and we hope it brings some fresh thinking on this falsely named paradigm, before another moment of history corrects it with another shock. That little bang in Caucasus should be heeded.