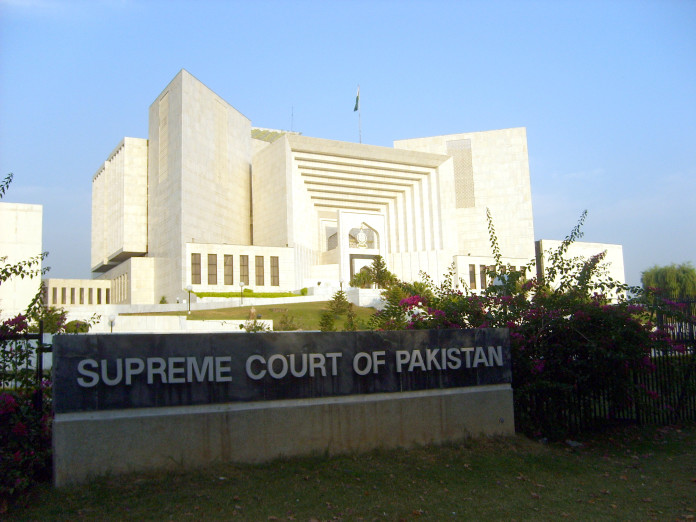 Criticism has flowed fast and furious as an enraged public vents its anger against the industry and its practitioners.

Rarely have so many lost so much in so few days. The media is bleeding credibility. Can the self-inflicted wound be stitched up?

We believe so. But for this to happen, the media industry will need to take a long, hard and critical look at itself, and the state will have to provide a regulatory framework that inspires greater transparency within the media industry and renewed confidence among the public.

The leaked video of two anchors seemingly colluding with Malik Riaz in what was supposed to have been a combative interview has presented damning evidence of much that is distorted within the media.

Yes, what the anchors did was wrong, and yes, their channel must share the blame, but the scope of the rot must not be confined to individual anchors or a single channel. To do this would be to misdiagnose the ailment, or confuse the flu for cancer.This is why we believe the moment for widespread and comprehensive media reforms is upon us. At the heart of this crisis lies a fundamental question: what is journalism for?

This is what Pope John Paul II said in 2000: “…[J]ournalism cannot be guided by economic forces, profit and special interest. It must instead be felt as a mission in a certain sense sacred, carried out in the knowledge that the powerful means of communication have been entrusted to you for the good of all.”

The operative part is the “good of all”. In essence then, journalists have a wider responsibility to the public which requires them to uphold the sacred public trust by telling the truth. Here the truth can simply mean protecting information from all external agendas.

After buying the Washington Post in 1933, Eugene Meyer laid down a principle which stated: “In pursuit of the truth, the newspaper shall be prepared to make sacrifices of its material fortunes, if such a course be necessary for the public good.”

This notion, however, seems lost on the state and the media industry. By giving licences for TV channels, the Pakistani state has provided owners access to the national airwaves.

These airwaves are a sacred trust. The owners have the right to extract profit from these airwaves, but the fundamental underlying concept is the “public good”.

This concept is now under serious threat from personal, political and corporate agendas driving the Pakistani media industry.

Recognising this grim situation, we propose the following recommendations for reforming the media in Pakistan:

National commission on media: Such a commission should have a sweeping mandate to compile a comprehensive report detailing the industry’s problems. A commission has already been constituted by the Supreme Court, but its mandate is too narrow. What is needed is a commission which talks to all stakeholders on all issues.

The aim is to delve deep into the affairs of the industry, identify vested interests and conflicts of interests, financial improprieties, dubious sources of financing, deep political linkages etc. The commission’s report can be based on open and confidential information. This report can become the basis for wide-ranging reform.Code of conduct: The industry and the Pakistan Electronic Media Regulatory Authority (Pemra) have been unable to come up with a code of conduct. The most practical way is for all TV channels to compile their own codes which should be published on their websites.

Editorial board: One major problem is the owners’ dominance over editorial policy. This allows the owners to peddle their agendas in the guise of journalism, thereby undermining the judgment of professionals.

The solution is the formation of mandatory editorial boards for all media organisations.

These boards will act gatekeepers to keep out vested interests disguised as news and views. The composition, qualifications etc of these boards need to be spelt out and their formation should be a pre-requisite for granting a media licence.

Ombudsman: Every channel should create an office of the ombudsman to oversee and implement its own code of conduct. The ombudsman has to be a person of eminence and repute, with his independent team. His office will receive complaints from all sections of viewers including government and political parties and it will be his job to resolve them. In other words, the ombudsman will provide a self-correcting influence inside every channel.

In Pakistan, Pemra has failed to act as a credible and effective regulator. It needs to be thoroughly reformed. Its chairman should be a constitutional post, like the chief election commissioner, so he can carry out his duties without undue pressure.

Professionals should be hired at top positions to construct a framework for the media industry based on international best practices. Parliament should work closely with the Pakistani media industry to bring about such reforms within Pemra and provide necessary safeguards for the organisation to act as a watchdog on the media industry keeping in view the larger concept of the “public good”.

The current crises engulfing the media in Pakistan give us a golden opportunity to undertake such reforms. Failure to do so would consolidate the already deeply entrenched vested interests and throttle the tremendous potential of Pakistan’s vibrant, but often errant, media.