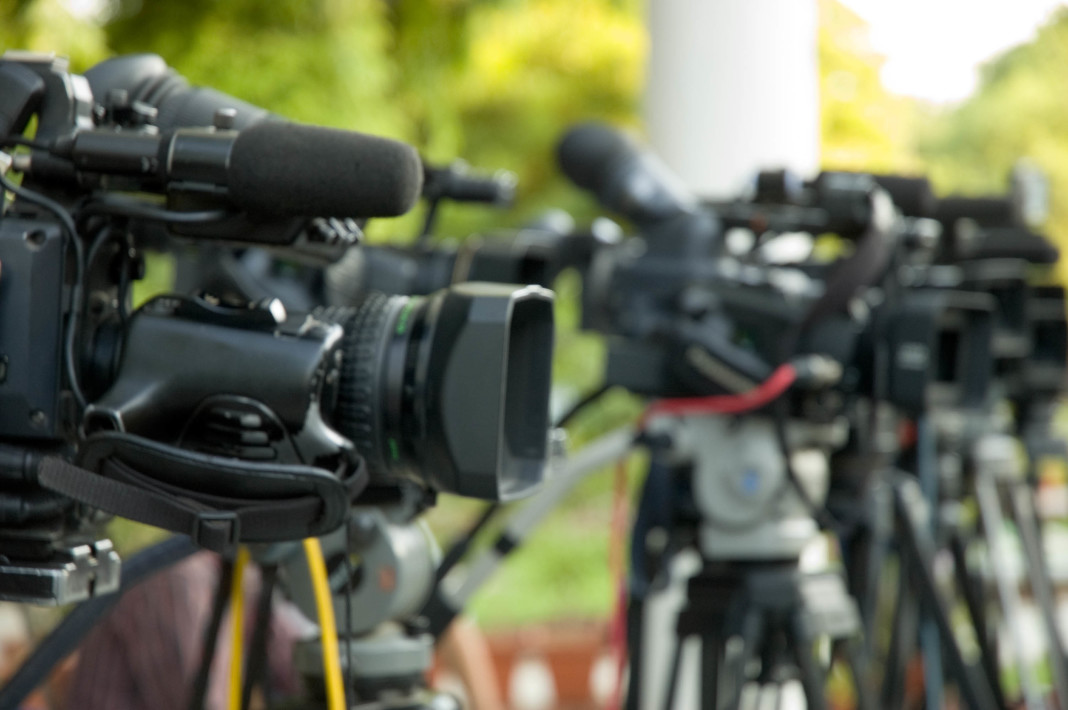 The struggle for the soul of Pakistani media has entered a very interesting phase. “Law of Unintended Consequences” is following its own logic. Someone had thought the media could be easily used to destroy the Supreme Court but now it looks like as if the apex court is being beseeched and pleaded to breathe a new life in media that has landed in intensive care; weak and febrile, gasping for oxygen of legitimacy. In the last one month, two interesting petitions, with varying levels of public interest and synergy, have landed in the court, one jointly from Pakistan Broadcasters Association, Independent Media Corporation (parent body of Geo TV) and Jang group and the second from two prominent anchor persons, Hamid Mir and Absar Alam.

In addition two other interesting developments have happened: Geo has refurbished and re-launched its detailed Code of Conduct, called as Geo Asool and Dunya TV has also hurriedly created its own code of conduct. For someone, who initially came up with the idea of a National Media Commission these petitions are deeply gratifying. It was on 15th June, in Nadeem Malik’s programme at Aaj TV that I had proposed — while participating in the discussion along with Talat Hussain — the idea that the Supreme Court should not just review the Dunya TV show that triggered the debate but should go ahead and establish a National Media Commission.

Though my idea of the commission was altogether different — more broad based and holistic, these petitions nevertheless are a living proof, if one was needed, that ideas have a strange way of travelling onwards and becoming material realities. Both petitions have their strong points and both suffer from serious limitations. Jang & Geo petition affirms a certain ‘umbilical cord’ relationship between media and the judiciary. Over the past several months, Geo group has been endlessly criticized, and not without reason, for flirting with the courts and taking an unusually strong position against the elected government but there is a history and a psychology behind that.

Some top decision makers in the Jang group stung hard by the events had reflected long ago that without the presence of a strong and assertive judiciary on their side, the executive will never let the media function as it should and this belief was reinforced during the events of 2007. So this apparent policy that has emerged as a centerpiece of the media and politics since the elections of 2008 has deep roots in the politics of late Nineties when the Nawaz Sharif government and Jang group fought a pitched battle. It is perhaps because of this peculiar background that Jang and Geo petition has a very narrow focus; it smacks of partisanship against certain channels getting perceived benefits from the authorities and is reeking with grievances against the government.

The petition by Hamid Mir and Absar Alam is much more detailed, nuanced and touches upon certain fundamental principles of law and justice. But unfortunately this petition spends far too much time and energy in demanding court intervention against flimsy charges leveled by anonymous enemies which deprives it from the overarching public interest it could have inspired otherwise. After all, the Supreme Court is an apex national institution of immense significance and to expect that judges should give their precious time — which is public asset — and attention to help individual anchors or media persons to clear their name from accusations leveled by their enemies is not very persuasive.

While disposing off the suo moto action in the case involving the allegations of Malik Riaz against Dr. Arsalan when Supreme Court directed the Attorney General to investigate it also lay down the principle that a constitutional court is not attracted into the disputes of private nature between citizens. So this principle in a broad sense will also make it difficult for the court to get into the merits or demerits of the anonymous allegations against media persons. But irrespective of these failings these two petitions have raised at least four important issues: role of advertisements in influencing media and its policies; presence of secret funding for media; political and economic linkages of the media owners; and the need for an effective freedom of Information Act, the kind of which now exists in India.

Jang & Geo petition laments the use of government advertisement, its distribution to channels ignoring the market share of those channels and demands an audit for the advertisement policy. The second petition also focuses on this aspect; this is a common theme between the two petitions. But unfortunately, both are only protesting the use of advertisement funds by the government and there is no mention of how and on what considerations private corporate bodies decide the use of their advertisement outlays. This is probably because of the fact that such activity, choices and decisions are considered strictly private, and not part of the public domain. However, this is something that needs some reflection and this piece intends to deal with this issue.

Though both petitions refer to the influence of Secret Funds but it is the anchor’s petition that brings the heat on this issue. It will be interesting to see whether court demands the government to divulge the information about the secret funds — for instance, how much has been spent by the Ministry of Information under Secret Funds in the last 23 years since the end of Zia’s Martial law? Who in the Pakistani media has benefitted from such secret funds? And to what tune? Even more interesting will be to see on what grounds an elected government working inside the framework of a robust democracy will be able to defend the use of “Secret Funds” to influence political dice inside the domestic economy?

But then these peculiarities have to be understood in their own context; both petitions are coming from the prism of who is pleading. Jang & Geo petition reflects the biases of Pakistan’s leading agenda setting media house and thus reflects its rancour against the government and the anchor’s petition reflects the perspective of working journalists who are angry on being targeted by vested interests, by media owners and by the government.

Though admittedly the anchors’ petition has much more depth; it references towards Article 19A of the constitution and the public’s right to information and its repeated argument that people of Pakistan deserve more than a “vegetative existence” are powerful expressions. But all said and done, these petitions still lack the overall holistic approach that is needed at the level of an apex institution like  Supreme Court that is mandated to think in the interest of the larger state and society and has limitations in terms of allowing its platform to be available for settling scores for one or the other side. What Supreme Court needs to do at this stage of a critically ill Pakistani media is to create a broad based National Media Commission. Such a commission should invite all stake holders that include: media owners, advertisers, government agencies, political parties, cable distributors, academics and prominent journalists of both print and electronic media. Specific issues of government advertisements and use of secret funds are important because both, especially the latter, represent serious distortion in the working of an independent market place of ideas.

Similarly, the lack of a functional Freedom of Information Act and economic and political linkages between governments and the media houses are problems but a commission appointed by the Supreme Court needs to take a holistic approach to understand how this market place of ideas is being developed and shaped; what have been the international experiences and how similar crises of institutional failure have been resolved? Government mismanagement and partisanship as is generally talked about is only a part of this broader picture. One important question National Media Commission ought to ask the advertisers and corporate bodies is that what are their advertisement policies? How they make these decisions? Are they only relying upon ratings that reflect majoritarian taste or do they have certain other criteria?

This is an area where civil society groups, NGOs and all those citizens who are concerned about the falling standards of media content can play a powerful role by lobbying the corporate bodies and their managements that have been feeding the frenzy of majoritarian taste without ever reflecting on its consequences for the state and society. This represents the crucial nexus of ethics and economics and yet has been least debated. But all debate will remain inconclusive without addressing the future of state broadcasters. National Media Commission will have to address some very difficult and tedious  questions: Should there be a state broadcaster in this day and age? Pakistani governments have been charging a compulsory license fee from every household through electricity billing to run a state broadcaster which does little more than government controlled propaganda and is increasingly watched by less and less Pakistani viewers; how can governments justify partisan propaganda and bill the public through compulsory instruments?

Commission needs to enquire: how can “State Broadcaster” be turned into a “Public Broadcaster” which is the norm now across developed world?; how case studies on BBC and other European broadcaster’s legal models and Charters offer policy solutions for making PTV & Radio Pakistan autonomous?; why establishing PTV as a bench mark medium, as a standard bearer of “public interest” — like BBC in the UK — is must for the reform of Pakistani media; and how that is possible by building awareness and consensus around certain policy reforms? Finally, the commission needs to grapple with a most basic question: Is media a private space or a public sphere? Members of this commission  and its interlocutors will benefit tremendouslyby reading the works of contemporary German philosopher Habermas, who had distinguished between the private space of business and public sphere of intellectuals.

He had argued that public sphere is a space independent of both the government and the business and the independence and integrity of public sphere is a must for democracy to flourish. But if Pakistani media is a public sphere then how come it is being run as a private space, with all family owned business houses relying upon ratings from a private company to determine the nature of content as they deem fit without any transparency, oversight and questions from anyone? And this is a media content that deeply impacts upon Pakistani state, society and its foreign relations; how can there be so much power without any responsibility? Professor James Curran’s famous question that became the title of his bestselling book may haunt Pakistan Media Commission; will they find an answer?