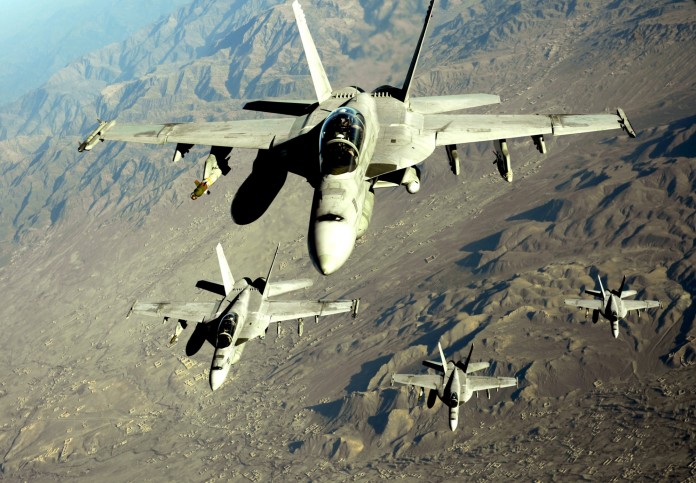 I arrived at the director-general military operation’s briefing on November 29 traumatised and almost convinced that NATO may have attacked the Pakistani posts in Mohmand Agency as part of “Operation Punishment”.

But while Major-General Ishfaq Nadeem was being crucified by many journalists and their insane suggestions that why did he not call in Pakistan Air force to shoot down the US helicopters, my mind was racing on the massive information he had provided; information on terrain, videos and stills of the hills and Pakistani posts, the nature of engagements and especially the kind of procedure-ridden coordination that exists between the Pakistani military and Nato. And then it started to flicker in my mind that perhaps a horrible mistake, errors of judgment or failures in communication during the ‘fog of war’, may have happened.

Having said this, and in all fairness, the evidence we have seen on record, and the contradictory stories being planted by unnamed Nato officials in the Wall Street Journal, The Guardian and Reuters paint a disturbing picture and the onus clearly lies on Nato to explain itself.

Any objective mind would like to know: why did NATO abandon the understandings reached in the “Mutually Agreed Mechanisms for Operations Close to Borders”? How come operations were being conducted close to Pakistani borders without the Pakistani side being informed? This question becomes all the more important since these posts were established to prevent the entry of Tehrik-e-Taliban Pakistan militants into Pakistan from the Afghan side and Nato/Isaf never conducted any supporting operations in this particular area in the past several months.

If Nato/Isaf were under serious fire from an enemy that justified massive air retaliation then how come they suffered no causalities? How come Nato commanders ignored or confused GPS-determined stationary positions, provided in map grids, at hill tops that are over 2,200 metres high, manned by almost 50 soldiers and officers, using the kind of weapons Taliban guerrillas will not use? How could intermittent fire by gunship helicopters and support by airplanes continue for more than an hour when the Pakistani side was communicating to Nato in Kabul and to military liaison officers based in Islamabad?

These questions are difficult in their own right and assume a much greater importance when we view them amidst the overall perceptions that are taking shape since the Taliban attacks on the US embassy in Kabul and Admiral Mike Mullen’s much repeated comments against the ISI. The un-ending chatter on the web provides a peep; while most Pakistanis are convinced that the attack was a deliberate act and the American military is sending a signal to Pakistani military for its perceived sin of not doing enough against the Taliban, many American and interestingly Indian commentators on the web are enthusiastically supporting the same contention though with different emotions. They argue that Nato had to do this to teach the “double-crossing Pakistanis” a much-needed lesson; and that more of the same is needed, and that now is the time also to call Pakistan’s bluff regarding its severing of Nato supply lines.

The recent BBC documentary, “Secret Pakistan” that relies upon Bruce Riedel and Amarullah Saleh as experts to prove that Pakistan is double-crossing only adds to these perceptions.

Even before this, fears have been growing in Pakistani minds that the Pentagon and the CIA are consciously working on a blueprint for widening the Afghan conflict to Pakistan’s tribal areas. While there may be a high level of paranoia on this side of the border, there seems to be some truth to the Pakistani fears that a ‘mindset’ is evolving, in Washington and Kabul, which believes that there is no need to show any flexibility towards the Afghan insurgency. It also thinks that if pushed hard enough, the Pakistanis will come around to supporting the desired outcome of the conflict.

If there are some elements inside the Pentagon or the CIA who think that escalating conflict into Pakistan’s tribal areas will pressurise the Pakistanis to behave then there are others who think that creating a scenario of tough dealing with Pakistan may help in an election year. And there are yet other ‘regional interests’ inside Washington that would very much like to set a stage, and a slippery path, whereby the enormous power of America can be physically used to humble and diminish Pakistan’s regional posture to fashion their ‘regional agendas’.

It is precisely in this context that Pakistan’s strong reaction to Nato’s attack can be best understood. The decision to cut off Nato supplies, and a review of intelligence and diplomatic relations, the symbolic denying of Shamsi base to the Americans and the boycotting of the Bonn Conference are thus attempts to send a clear message that it cannot be business as usual. And as brilliantly argued by Ejaz Haider on these pages, “Do away with this charade” (November 30) this is a much-needed attempt to put the brakes now to challenge and neutralise this ‘mind-set’ since if it were left unchecked, it could lead to disastrous consequences in a difficult asymmetrical relationship.

The onus to resolve this crisis squarely lies on Washington. It will soon find out what really happened in the wee hours of November 26. Most of it may never be made public; much of it may not be important but the context is important and it is Washington’s responsibility to engage constructively with a shocked and paranoid Pakistan, in public and behind the scenes, to defuse the fears that if left unaddressed will cause further instability in the region.

Maybe it is time to remember that US-Pakistan relations, even in their much-condemned transactional nature, have a history that is 50 years old. Only time will tell whether the new alliances that are being conceived and planned will really work. Washington thus needs to look beyond the emotions of the moment and the frustrations, which may be more of a tactical nature. The pressures of Afghan endgame, of withdrawal deadlines and of presidential elections are no doubt important but should not be allowed to irreversibly damage a relationship that despite its ‘unsexy nature’ has always provided the value of a much-needed ‘shock absorber’ in this region.

Both Washington and Islamabad have to look beyond Afghanistan and withdrawal deadlines. A recent article by Harvard Professor Stephen Walt titled “End of the American Era”, in The National Interest, made for provocative reading. Professor Walt argues with formidable evidence that Washington may be losing its leverage but will continue to shape the world for the greater part of the 21st century. America’s engagement and need to provide stability in this region will continue beyond the Afghanistan endgame and withdrawal whenever it happens.

Washington thus needs to interpret the ‘nightmare at Salala’ and the challenge created by it, in its wider context. On one hand it has to soothe a ‘traumatised Pakistan’ and on the other it has to neutralise the ‘reactive mind-set’ in the Washington Beltway; both demons if unchecked may further destabilise this region.