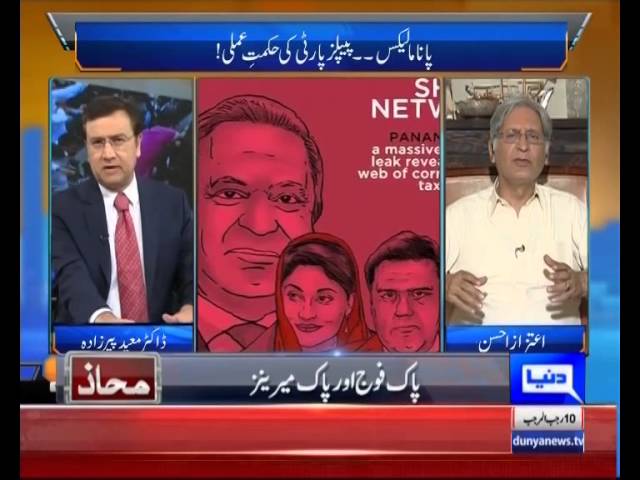 Note: This article circulating anonymously on the net, through social media sites and Apps; this is off course coming from somewhere, some quarters; main purpose appears to lessen the impact of ‘mega corruption’ and to present ‘Panama Files’ as an American/CIA Conspiracy.

For the past 14 days, I have been thinking about the Panama Papers from every angle. Every conceivable foresight as to what was the reason behind this leak. One thing you must understand that such things do not happen without a specific purpose in the light of geo political situations. Secondly, such a massive operation of disclosure has to be funded at the highest level. George Soros’ name is appearing in all Wall Street circles, whoever I speak to. George Soros is known for toppling governments, funding secret anti-government operations, creating NGO’s in foreign lands and supporting them, all through his “Open Society” organizational platform. George Soros, no matter how much I admire his talent in capital markets, I have to admit that he has an absolute hidden agenda to promote Israel’s Zionist intentions in collaboration with not so obscure relationship with the CIA. It’s a known fact in the inner circles of Wall Street. Now the second question which gives itself a birth is just comprised of one word: Why ?

Why would one in connivance with intelligence agencies or openly, expose such powerful people of the world. There has to be a solid reason because the repercussion of this act is far reaching and long lasting. No conspiracy theories please. Just rational thinking needs to be applied.

Lets talk figures. America has a debt of $19 Trillion dollars. Eurozone debt has increased from $11.4 Trillion dollars just in 2013 to $16 Trillion dollars now. With China’s dominance increasing and Russia plus Iran coming into the international arena and promoting trade in non dollar based transactions, America’s past strength of raising money through the dollar based debt market to run its national financial affairs is considerably diminishing at a very fast pace. European Central Bank (ECB) is also failing to control the situation in EU repeatedly for over 7 years now. Liquidity crunch is increasing. And if oil trading countries start to do their transactions in currencies other than dollar, the surplus Petro-Dollar will be parked in non dollar based currencies as well. That is an absolute disaster for America. It will be the death of the American Dollar. And in addition, the world’s dependency on oil decreasing with substitute energy alternatives, Petro Dollar will see its eventual demise within the next two decades. But there is a solution, and that solution is the illegally, ill gotten stash of around $105 Trillion dollars in such accounts around the world.

Now this Will Be The Real Game Changer:

The release of the first batch of documents is just the beginning of the chain of events. Other law firms will not have to release the documents but will be forced to release them based on new upcoming legislations throughout the world, starting with America. U.S. Congress will soon, in my view, pass a legislation forcing such law firms to disclose the information or the countries hosting such law firms will have to face the famous threat of American sanctions. European nations will follow suit and pass similar laws. Once the laws are passed, within the next few years, Tax Authorities, in the west will start the investigations and freeze such accounts. America will have jurisdiction over 80% of such investigations because the reported transfer of funds in the past 50 years or so were done in dollar based amounts and as long as those transactions were done in U.S. Dollars, America has the authority to investigate and freeze such amounts.

So I come to my final conclusion, which leads me to believe that, without disturbing the world financial markets, without raising new funds and drying up liquidity around the world, without being blamed for creating another World Financial Crisis around the world, without going into a financial war with Russia and other countries forcing them to keep their oil based transaction in U.S. Dollars, The United States and all The European financially strapped nations will have access to over $100 Trillion dollars of looted funds that they can seize and make it their property. This will solve all their financial problems for decades to come. Even if they are able to seize 30% of such funds around the world, it will be more than what they can raise from the financial markets around the world in the next 30 years without breaking the back of the financial system.

So tighten your seat belts and get ready to witness the most interesting way of looting the looters without any repercussions. Welcome to the new world of Geo-Economic Political Terrorism against the Financially Corrupt Elite of the world.

[Note: This is one of the several ‘Pakistani Conspiracy Theories’ circulating on net, through social media websites and Apps; basic idea is to dilute the discussion of corruption and nepotism across the developing world, and to plant the idea that ‘Panama Files’ is itself a conspiracy by the west, by CIA, in American or European interests. In all these conspiracy theories there is no mention of the fact that political leaders in countries like China, Russia, Central and South America and Pakistan are guilty of looting their countries and economies and this needs to stop – I will write a separate blog on the fault lines of Pakistani politics exposed by Panama Files & why all inter-connected, inter-dependent elite desperately need to set up a ‘Toothless Useless Commission’; What is at stake?