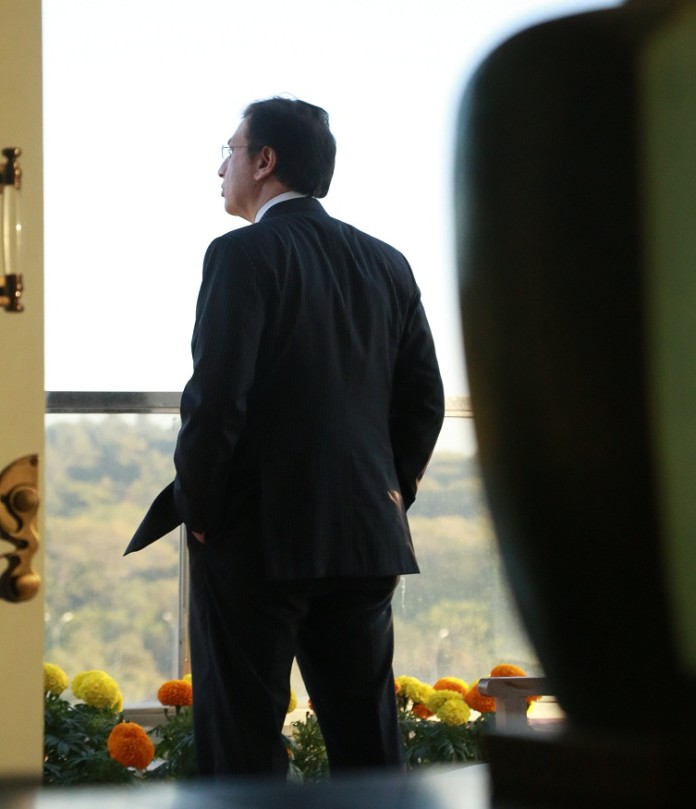 I am making a new website; its still under construction and not ready. Will invite your comments on it soon.

Main purpose of that website is to collect all my past writings from Dawn, Khaleej Times, Daily Times, Nation, Pakistan Today, The News, Guardian, Policy Papers, Pique Magazine, Herald, Newsline at one place in chronological order. And also the FB Blogs which were written often at the spur of the moment, in a huff, in reaction to something that was happening and that was hitting hard ….this platform as an Official Website will provide an interesting place, platz, for collecting all those writings at one point for debate, for criticism..its still not complete, much effort has gone into it in the last several weeks, perhaps months…it will also collect all tv programs that were created under different titles: Dunya Today, Sochta Pakistan, Siyasat Aur Qanoon, Siyasat Aur Sazish and so on….

Many arguments expressed in those articles are alien to me now. I have moved on; I understand why I thought so at that time. But those comments reflected the feelings, apprehensions and understandings of that time, of that era and therefore they appear as such, without any editing. No commentator exists in vacuum, he or she is inextricably linked to the collective feelings and concerns of the people and communities and interests he represents or is tied with. I remember how insecure I had felt about Pakistan in New York, at Columbia University, immediately after 9/11 and how those fears and paranoia expressed itself in the articles I wrote for ‘The News’ then from New York. The ‘anti-western’ feeling which I then experienced remains a huge compass in my consciousness to make sense of why people, young Muslims, living in western lands become radicalized. My anger and frustration could take the form of writings, debates within the University; I was lucky to be in one of the most liberal campuses within United States where Latin Americans, from Mexico, Columbia, Brazil, Venezuela and many Europeans from France and Italy joined students like me, in seminar after seminar, to lash out at the US foreign Policy arguing to the great dismay of Israelis – more patriotic than Americans at that moment – that US foreign Policy had lead the world to something like 9/11.

But later in London, at London School of Economics and later as an ‘Accidental TV Anchor’ (never thought of media before) I started to see how within the United Kingdom, the centrality of being ‘English’, or to identify with that historical consciousness, the need to speak correctly, feel correctly, the need to smile in smirks and all that value system makes England and all Europe so much more suffocating than the oceanic melting pot of America where everyone – irrespective of his passport or origins – could put on an extra-slim tight jeans, a Levis, 511 – and be a perfect American within two weeks. No Color, No language, No Accent, No nothing. Just fortune hunting, struggle for a better future, and a belief in the primacy of human achievement. And an innocent but dangerous belief that what is possible for Americans – a better future, through rationality – can be easily replicated elsewhere. With force, if needed.

They say that from moon, the first structure astronauts were able to see – through bare, unaided, naked eyes- was the ‘Great Wall of China. But you don’t have to be on moon to realize that world looks different from different points of vantage. London gives you a totally different view than what you get from New York. From within the slums, of squalor and death, shit and blood, spread all across Karachi the view that emerges of human life, of human condition, of love and sex, of man and woman, has to be totally different than the one I get in my morning walk at the foothills “Margalla Hills” – where yesterday, in F-8 Markaz, a five year old ‘fakir girl’ returned the Rs. 10 note to me saying: ‘from someone who looks like you, I need at least fifty”

In a very similar way deeper understanding of the world made me realize – and many of you may end up grasping; though I am not sure how many – whether you like it or not, how important a role American power plays in making this world better and safer and even more humane and how, sadly, tragically, most world, from all its corners, east and west, north and south, looks towards what is metaphorically called or defined as ‘west’ for ideas to measure and reform itself. West is not a geographical or religious construct but an epitome of mankind’s thought, evolution. So in UAE they can purchase technology and management and construct tallest buildings and largest airlines, in China they can manufacture all the Samsung Galaxies and IPhones but it is in California that an Apple executive is prepared to go to jail and others are lining up behind him on a point of principle. Throughout the Muslim, the Hindu, the Confucius world, a myriad array of tyrants, kleptocrats, sex maniacs, pedophiles, mentally deranged bipolar characters are prepared to rule endlessly – through an escalating ladder of harassment, imprisonment and execution – countless millions with the help of surveillance and torture machines euphomistically referred to as ‘Govt. Agencies’. This is where the ‘resistance’ needs to invoke ‘west’. So in its final shape and tenor, arguments are not for local tyrants, rajas, maharajas and Khalifas, but to the minds, sensibilities and collective consciousness in the west.

But this is a long debate – and endless. And many may never grasp it. But the idea was to explain that how topical comment only reflects the moment. It has no real meaning, without connecting it to the larger whole. So all articles, and blogs appear on the website as they were first published. No Change. No Word, No Comma. It will give ample opportunity to many that ‘on that moment, you wrote that’. Yes! may be there were good reasons then, may be things have changed and may be I have evolved.

Today, I posted two writings via twitter. One is an article that appeared in Khaleej Times of April 2008 in which I pleaded the case that though Sarabjeet Singh was a Raw agent and terrorist – in modern parlance – but in the larger interest of South Asia, of India and Pakistan, he should not be hanged – but set free to embrace his daughter – Swapandeep – who was only a toddler when he left to blow bombs. Second is a blog, from FaceBook of April 2013, when he was brutally killed in a Lahore jail. Similar tyrannical things were happening in India, as you can read in those two writings. Perhaps you will also end up feeling that how insecure, crude and bestial feelings triumph in both India and Pakistan, most of the time. This is how I felt and that is why I posted these article.

Will keep on posting more such comparisons.