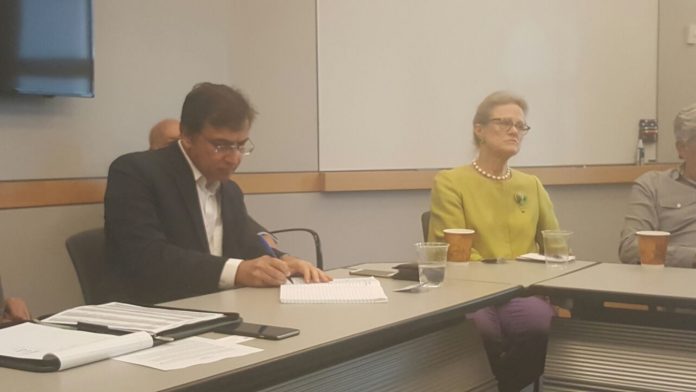 Moeed Pirzada was invited to speak on the nexus of Pakistani Media and politics at the United States Institute of Peace (USIP) Washington on 24th June, 2016. Roundtable was attended by members of academia and think tank community. Pirzada explained what Pakistani media has achieved in the last 14 years and how it has changed the Pakistani political landscape and power dynamics and how its ‘sensationalism’ is actually related to its revenue model that relies exclusively on commercial advertisements. He also explained that how the position of electronic media that looked supreme till 2010 has been gradually replaced by the rise of social media. He explained that in today’s Pakistan Facebook and Twitter along with You Tube and WhatsApp shape the narrative and that explains why the government in Islamabad is trying to curtail the freedoms available to internet users through several means including use of traditional state apparatus, excuse of anti terrorism and now cyber laws. Talk was followed by a robust question answer session and participants evinced keen interest in the dynamics of Pakistani media and its relationship to political dynamics.