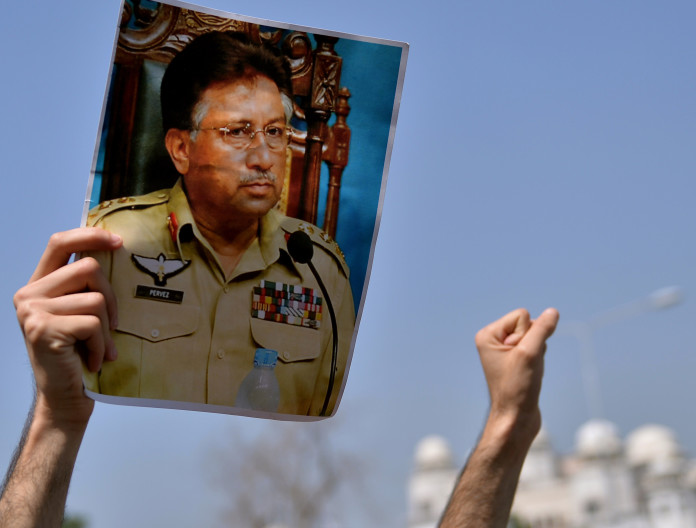 After a long period in its history, Pakistan is bubbling with positive news. Yet there are troubling questions that lurk on the margins; questions that are either being ignored or whispered quietly in a climate of “goodwill acrobatics”.

For the first time in Pakistan’s history, power has really been transferred — and that too peacefully — from incumbents to challengers through a process of elections. This is a big first for Pakistan given the fact Muslim societies, in the context of history, have not been able to invent or sustain political institutions that can guarantee transitions of authority from one hand to the other.

In other words, wholly Muslim societies — with the exception of Turkey and with some qualifications, Iran — have not been able to create state structures where those who rule are distinct and separate from the state itself; a concept most Western societies, after initial lapses, were finally able to implement more than a hundred years ago.

There are more interesting things: for the first time in a country like Pakistan political parties appear to be more powerful and important than politicians and personalities. True it is less to do with policy visions or good intentions, but the die has been cast.

Today, Prime Minister Yousuf Raza Gilani, for whatever reasons, is a nominee of Pakistan People’s Party; Shahbaz Sharif — the would-be strong man in Punjab, though a brilliant and much admired administrator — will represent Nawaz Sharif who controls party’s vote bank; and it is Asfandyar Wali Khan in NWFP who controls ANP, not the politician he has put in place as the chief minister. As I said, it may be less by noble design and more by short term selfish needs, but it’s a process of indirect political control and delegation has begun and may even continue.

But if everything is so positive, as many argue these days, then where is the problem?

And the problem is: throughout the election campaign and since the elections, no political party or politician worth any name has come up with any creative design, original thought, idea, plan or even half a brain wave that gives the hope that they have any solution, or they are brainstorming on one, for the kinds of problems that confront them in the forms of a remote controlled war against terrorism, raging inflation, stagnating economy, energy crisis and all the ills that come along with this.

It may be helpful to revisit the downfall of Musharraf. For the greater part of his eight-year rule, he remained unassailable by politicians. There were at least three reasons for it: One, the continued unflinching US support; a relatively robust economic growth of the last few years and his ability to offer the vastly expanded electronic media to the people as a steaming out mechanism which he effectively marketed as his brand of democracy. There was another: politicians whether they were inside or outside the country had nothing to offer.

Tariq Banuri, a noted Pakistani academic, had commented sometime ago that the average age of civil governments in Pakistan has been around two to three years and that of the military government around ten. However, he mused that given the increasing challenges to governance, the age of the military-led governments might be shortened to around eight. Prophetic words we must accept.

It is always helpful to remember the facts. Musharraf started to collapse not because politicians were offering him any serious challenge but because his total subservience to the US lead war against terrorism alienated whatever support base he once had; and the media and civil society he initially exploited as his “alternate democracy” gradually turned against him. By early 2006, many in the US had started worrying that he, if not supported by some political device, will soon become a liability.

Confronted by the civil society brigades, Musharraf exhibited the worst form of antics to maintain his hold on power and within a short period of few months, became the most popularly despised character in Pakistan’s recent history. However, once again it is important to note that his rapid downfall within a space of few months was wholly and solely at the hands of the media and the civil society; politicians merely moved in the space that was created due to his weakening and imminent collapse.

Could this then explain why politicians are without an original work sheet of their own? Their struggle against Musharraf was more in the nature of fixing last minute nails in his political coffins, which they, by the way, did nicely by focusing on rising prices of wheat and oil, electricity failures and the doom and gloom of the war against terrorism. They probably never got much time or opportunity to reflect on what will they offer once he is finally gone? And this lack of reflection may also apply to the sky-rocketing oil and wheat prices in international markets.

This then may explain why all what they are doing so far amounts to either following the popular agenda set into motion by the civil society or condemning Musharraf, which again is a popular national pastime. But what lies beyond that?

It is high time that they move beyond Musharraf-bashing to reflect on the economic challenges at hand. A collapsing Musharraf, as long as he is around and visible, is doing a great service to politicians by providing media and the people with a punching bag. They should dread the day when he will be suddenly unavailable to absorb the public wrath; leaving them to deal with the difficult questions about their own agenda.