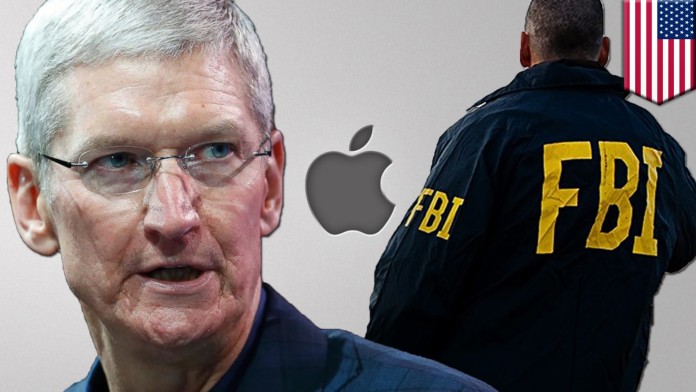 What Apple & Tim Cook are fighting for? Why it is important for all of us in Muslim World?

I am painfully aware that many suspect me of being ‘out of sync with reality’, the reality of poverty, misgovernance and corruption that is spread all around us in Pakistan and instead focusing on a strange fight between a multibillion fruit company, Apple, and FBI being fought in a court room somewhere in the Sunshine valley, California, in a God forsaken, Anti-Muslim, America.

And even more painful to me than this ‘suspicion of madness or being ridiculous’ is the abject lack of interest in the subject. You know why? because we in the Muslim world live in a state of ‘perpetual victim hood’; we keep on celebrating the atrocities against us, the double standards of the west and the nexus between the Indians and the Jews and so on. We don’t live in a world of ideas. Our leaders are hideously physical too. That is why they create monsters of concrete only and we dance and worship.

We don’t see the relation between the ideas and the physical world. Our textbooks and Urdu press columnists have convinced most to this day, that subjugation of Muslim India to British colonists was not defeat of ideas but a conspiracy, was a result of betrayal by the sold away characters like Mir Jaffar and Mir Saddiq etc otherwise the brave Siraj ul Daula or Tipu Sultan would have held, would have won…Little do we realize that even if they had won, the battles of Plassi or Sarnagapatum the reality they represented had no future. A new age had arrived – of which they were not a part of.

So while we are happy purchasing technology in the form of F-16’s or stealing its avionics to fit them into JF-17, we are prepared to stand aloof from the battle of ideas that is raging in the world of technology. And technology to Muslim minds is something totally different from culture. So from disciplined officers of Muslim armies to blood thirsty Islamists the argument runs that what we need to obtain or learn or steal from the west is ‘technology’; so you see that crackpots like TTP and Daesh, living in caves, are passionate about latest weapons, IT gadgets and smart Apps, while their women and children may live lives in 8th century- they don’t care.

But ideas are what creates ever changing technology. And that is why the debates raging in Silicon valley are important to the whole world, to the future of democracy and especially for the future of governance and authoritarianism across Muslim world.
Apple like all other companies has been cooperating with the US government and its agencies for providing data on a case to case basis. However in its latest demands to access information inside one of the IPhones used by that nut, Syed Rizwan Farook, the San Barnardino attacker, the mindless terrorist or whatever, FBI is actually forcing Apple to create a new software tool that can prevent the possibility of data erasure, that automatically happens when you make more than than10 unsuccessful attempts to unlock an IPhone.

But what is different here? why this is important when Apple, the fruit company, had been cooperating with the FBI and courts, in the last few years, on a case to case basis. The answer is: the fresh demands are not ‘case to case’; this demand looks like for a single specific phone, but is in reality forcing Apple to create a new software that can help FBI override the security features of an iPhone. Once this techology is available then it can be used widely. It can certainly be missed – by FBI, by other government agencies and don’t forget by other agencies across the world.

But Apple like all other tech giants is a multinational; it has huge markets across China, India, Saudi Arabia and UAE and so on. If it can manufacture a specific tool for FBI then what reasoning it has not to do the same for Chinese Intelligence? for Modi government, for the Saudis and for UAE? and literally for any government agencies that is assertive, friendly or prepared to spend cash.Its a slippery path and once the argument is lost in a court in California, it will be lost all over the world. And its not just about Apple or IPhone, or just an App, its about the power of surveillance versus the right to privacy, the right of assembly, right of protest and so on…

But why its important for us? we are living in abject poverty, mindless tyranny, rule of corrupt elites, children living and dying in squalor while metros and Orange lines being celebrated endlessly by the ruling elites? so why this battle matters?

Because part of the reason we are fast becoming a monarchy instead of a democracy has to do with the power unleashed by newer technologies. Democracy is desired, democracy is beautiful, there cannot be a system of governance better than democracy. But what we get in the name of democracy is dictatorship, personal and family rule- rule by few powerful men and families. All across the Muslim world, there is not a single democracy. Whatever was achieved in Turkey is also being quickly lost. Its like ‘Anti-Christ’ marketing itself as ‘Christ’ – Satan as God; embrace of Kali posing as Sita.

Wider availability of surveillance technology and its political legitimacy to governments in Muslim world after 9/11 has further undermined the future of democracy; technology and its clever use by powerful elites – whether for surveillance or for manufactured surveys and manufactured consensus- has greatly empowered the ruling elites and has weakened all kind of popular resistance. It now allows for a perpetual hold on power, sustainanance of status quo and giving it the effect of change and democracy through a tamed media. Technology at the disposal of state agencies also plays a role in taming the media.

Western society and intellectuals understood the messages conveyed by the visionaries like Adlous Huxley and George Orwell and they built firewalls against authoritarianism; Apple and Facebook and Google are fighting to preserve those ‘firewalls’; but there were no Huxleys and Orwells in Muslim world, perhaps there could not have been because of colonialism. But even the post-colonial Muslim world, is bereft in ideas, look at our media, how it is all about ‘bursts of hot air’ and stinking gas and no real debate of ideas; so its only natural that ‘battle of ideas in the world of technology’ and its relationship, its impact on the future of democracy, is not understood. Technologically empowered elites can endlessly market illusions as reality. This is an age of technology and mind control.

If this piece compels, persuades, even some of you to take an interest in the relationship between technology and politics, in a post-modern world, in a globally integrated village, then I will think that my efforts are not in vain. Amen!