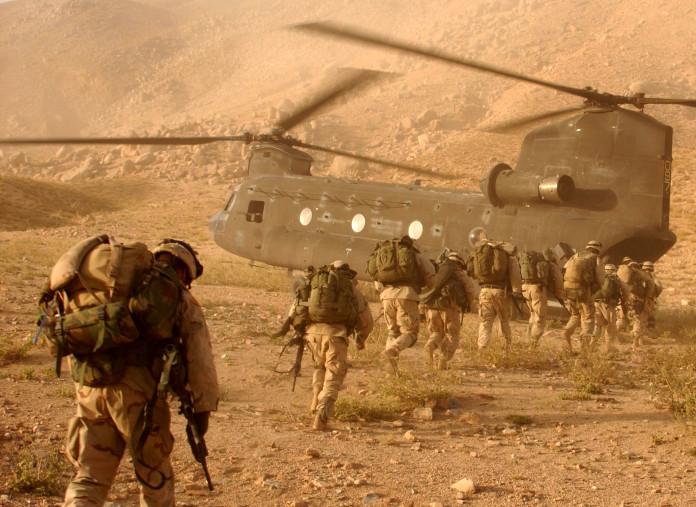 Great powers tend to commit great blunders. But will the US be stupid enough to destabilize Pakistan, one of the most resilient states British Empire left behind? If I have to bet whatever dollars I am left with, I will say: No. Yet Pakistani print and electronic media are abuzz with the speculations about a large scale US-lead NATO attacks inside Pakistan’s tribal areas bordering Afghanistan. Many will wonder what has brought us to this stage and what will these tactics achieve?

We are lead to believe that the immediate context may be the killing of nine US soldiers in a daring Taleban attack on a military post in Eastern Afghanistan. And Afghan President, Hamid Karzai, whose scripts and theatrics compete with most in the Bollywood, is also beating his chest blaming Pakistan and its Inter-Services Intelligence (ISI) for the recent deadly bomb attacks at the Indian embassy in Kabul.

Karzai government has also suspended various bilateral meetings with Pakistan due in Dubai, Islamabad and Kabul within the next few weeks. Amidst this fury — shared in Kabul and New Delhi — no one is prepared to remember that even in the most third-rated of the Hollywood thrillers, the most obvious suspect is usually not the murderer; while in Bollywood, mostly the usual suspect is a part of the set-up of the real villains. But this is not a piece about overrated ISI, its equally dumb enemies and those who believe in its widely-exaggerated, almost magical powers, to operate without being caught — despite under continuous surveillance by the old friends and tutors in the CIA.

Well, let me admit: this is a rather dull and dreary piece to analyse the real context of the US manoeuvring in Afghanistan. It is the election year in Washington, you know! And as expected both sides are drawing blood on the question of “National Security”. Barack Obama had always asserted that Iraq was the ‘wrong war’ that diminished American security, damaged its standing in the world and ruined its economy and his punchline has always been that it affected America’s performance in the ‘good war’ that is: Afghanistan.

Republicans wanted to fight this election on their credentials for national security and the good old John McCain, the Vietnam War veteran, was the perfect candidate in what is referred, by President Bush, as “elections in time of war”. But it appears that Obama was increasingly successful in putting McCain and the Republicans on defensive on Iraq and Afghanistan.

It is true that even Obama moved to the right on the issue of Iraq, after he had to admit that the surge under Gen. David Petraeus has shown results; but now under attack from fellow democrats, who accused him of changing his earlier stance, he has remerged on the issue with a recent Op-Ed piece in New York Times, “My Plan for Iraq”. And his plan for Iraq is intimately-linked to his plan for Afghanistan; because he wants to divert troops and resources to the ‘good war’.

The horizontal pressure, for political adjustments, being generated by Republican election machinery should be obvious from McCain’s responses. During the recent campaign stops in Albuquerque, New Mexico, the Vietnam War veteran agreed with Obama’s assertion that Bush administration had pursued a failed strategy in Iraq, though disagreed on how to proceed. But even more interesting were his comments on Afghanistan, when he agreed that security has deteriorated and the status quo is not acceptable.

It is this paradigm shift — its anticipation by the administration and the Pentagon, over the last many months, and its steep buildup over the last few weeks — that is affecting the dynamics of the military manoeuvers in Afghanistan. By now both sides fully agree that as the US forces will be withdrawn from Iraq, more of them will be sent to Afghanistan.

But what will constitute victory? This is far from clear.

First, what is needed is to differentiate between Al Qaeda and Taleban. Second, it is important to appreciate that since the US occupation and military operations post-9/11, newer realities have emerged.

The state of incessant conflict, the presence of the foreign troops in the area, repeated military operations by Pakistani forces, mounting Pashtun casualties and the inter-play of various internal and external stake-holders and regional interests have lead to new faultlines between those who represent western-style modernity and those who oppose it. Large pockets of populations who had nothing inherently against the US or the West or Islamabad have been compelled to take positions on all sorts of religious, cultural and social issues they would have ignored altogether in the absence of conflict in the region.

US forces have in the last few years attacked several times; someone argues almost 46 times. Hundreds have perished in such attacks. But it has only exaggerated the polarisation in this area. Fresh and larger attacks will further destabilize elected governments, ensure a longer running conflict, and send waves of Pashtun immigrants to other parts of Pakistan, most notably Karachi — which, many will not know, is world’s largest Pashtun city.

These days everyone, from journalists in Rocky Mountains to taxi drivers in New Mexico, has developed a license to point out the failures of the Pakistani state. But little do they realize that Pakistan has successfully absorbed the shockwaves of four decades of internecine conflict in the region; which only testifies to the resilience of the state structures British had left behind.

Hot pursuits will help in creating the right impressions of something being done in Afghanistan; in an election year, it will look mighty good on the screens of Fox and CBS; the only problem is it won’t offer any sustainable solution on the ground — if anything, it will increase the burdens on the strained state structures of Pakistan that are still standing after four decades of war in the neighbourhood.