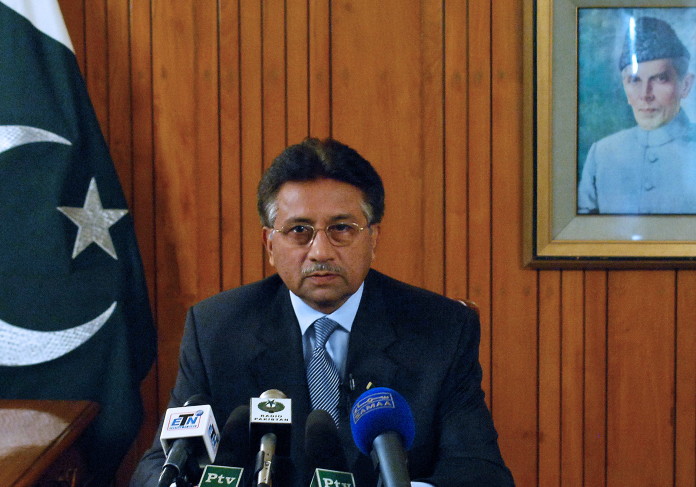 I write these lines in a state of euphoria. A prominent Pakistani columnist is often accused by his jealous critics that he writes his columns after getting a little tipsy. But in my case all I have been drinking this evening is “mint tea”. But still I am very happy! Almost intoxicated by relief; after all, only three days ago, the latest and the shortest emergency in the history of Pakistan has been lifted, and with dramatic improvements in the health of the nation.

President Gen (retd) Musharraf, immaculately dressed in a beautiful dark jacket over a brilliant white shirt, appeared on television screens. He was visibly hurt by the burden of difficult decisions he had to take to save the nation. But I am grateful: like always he candidly informed us of the political conspiracy against the country which he had to foil by “taking action”. President was especially saddened since senior members of the judiciary were part of the conspiracy against the nation. For my part, I am glad that nation has been finally saved.

For some reason he did not specifically mention the dark role played by the media; but we being the guilty party knew that we were part of the conspiracy against the nation. And for the record — just before his speech he did have a longish interview with Lally Weymouth of Newsweek and The Washington Post and ‘media’s conspiratorial role’ was certainly a good part of that interview.

Washington, London and New Delhi all have rushed with congratulatory messages. Only Pakistanis are a little confused. They obviously don’t have the superior intelligence gifted to the Bushes and the Browns to appreciate the greatness of the moment. But in this case we might excuse them a little bit. Emergency is after all a legal concept and many in today’s Pakistan do wonder what difference its absence or presence makes in a country that has no courts.

Perhaps few in the world realise that Pakistan is literally a country without courts. When almost 60 per cent of the superior court judges resigned or were sacked, the Musharraf government, confronted by a crisis situation, went shopping on the streets for suitable candidates. In the rush to grace the honourable vacancies, even a television presenter with a part-comedy kind of court show has been elevated to the bench. When his TV fans turned in the real court to record his new reality show through cameras in-built in their mobile phones, old fashioned court clerks tried intervening. But the new justice restrained them by waving his hands and posed for the “in camera proceedings”.

But let’s come back to President Musharraf’s interview with Lally Weymouth that was published by The Washington Post on December 16. In many respects, it was a historic interview. When Weymouth asked him, “Is there a difference now that you have shed your uniform…?” The answer was: “…from the national point of view, I don’t think there is a difference…” And that really me proud as a Pakistani; at least unlike many in London and Washington, Musharraf is still honest.

Interview had an ironic switching of roles. Musharraf blamed the media for spreading “despair and despondency” and terrorism, and suddenly it was Weymouth, the American journalist who retorted: “Mr President, terrorism is not rising because of the media. Terrorism is rising because the US went into Afghanistan, bombed the Taleban, and they ran into your country…” Little did Musharraf realise that a few years ago, he himself explained terrorism in similar terms to visiting American media and legislators.

But it was here at this point that Musharraf did a great favour to the Pakistani media. He blamed them for inciting terrorism by referring to the television coverage of military action against Red Mosque in July this year. And this is a very interesting point.

Immediately after the emergency, emails had started appearing, like frogs after the rain, from unknown patriotic Pakistanis that blamed the media for playing the American game to destabilise the Musharraf regime. These emails were sent to media owners, key journalists and in almost all cases copied to hundreds of people, usually opinion makers in the country. Interestingly they almost always had the word: despondency.

This witch-hunt finally reached its sophisticated expression in a mini-thesis espoused by a certain Ahmed Quraishi, a broadcaster with the state media, who posted a longish piece on his web site blaming the Americans for funding the Pakistani judiciary, the media and the civil society to topple the Musharraf regime. His arguments were well-structured and provocative and many Pakistanis – especially those among the insecure nationalistic diasporas – believed the argument on its face value.

When President Musharraf finally made his speech terminating the emergency, his references to the ‘political conspiracy’ reminded many of Quraishi’s thesis in the similar fashion they had remembered Naeem Bokhari’s famous letter to the Chief Jusitce of Pakisan. If Bokhari’s letter had provided the intellectual foundations for the actions of March 9, then Quraishi’s thesis was finding an expression in Musharraf’s comments on December 15.

But those who bought this argument, little had they realised that while this line was being taken for the Pakistanis, a different explanation was being sold to the Americans; visiting US legislators were given videos of the television coverage of the Lal Masjid siege to prove that elements in the media were hand in glove with the terrorists. Each side was sold their own set of fears. Who can say the Pakistani establishment is not keen to learn from the media? They just want to run it their own way.

And this reminds me of the good old Mullah Naseeruddin. It is said that once while Mullah was away, his wife stealthily cooked some meat, Mullah had left in the kitchen, for her own guests. When Mullah, never fond of his in-laws, came back and enquired about the meat, the clever wife told him that Mullah’s cat had eaten the meat. Mullah quickly weighed the cat which turned out to be just the same as the meat was (say one kg). Holding the cat by one hand, Mullah asked his wife, “If this is meat, then where is the cat? And if this is cat then where is the meat?”

Unfortunately, in the rainy season of PCOs and “Codes of Conduct”, it is not easy to ask General Musharraf – even if retired — that if the media were hand in glove with terrorists, then how were it in bed with Americans? And if it was indeed Americans, then what about terrorists?

But wait for the tail piece. When Weymouth asked, “Why can’t the US Intelligence people see AQ Khan?” The good general lost his patience and reminded her, “This is not a banana republic.”