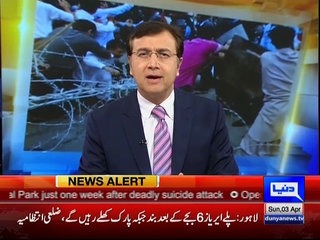 In this part Dr. Moeed Pirzada discussed different aspects of the ongoing Nuclear Summit in Washington and President Obama’s speech in which he suggested Pakistan and India to examine its “Military Doctrines”. Guest of the show Dr Moeed Yousuf discussed India’s policy, while critically viewing the role of India in propagating a false alarm regarding Pakistan’s Nuclear program and how Pakistan’s small tactical nuclear arms are dangerous for the regional and world peace. India’s propaganda against Pakistan’s Nuclear assets is one of the tactics which was intended to alarm the international community about the safety of Pakistan’s Small Nuclear Weapons and eventually put pressure on Pakistan’s Nuclear Program to decrease the number of these weapons.